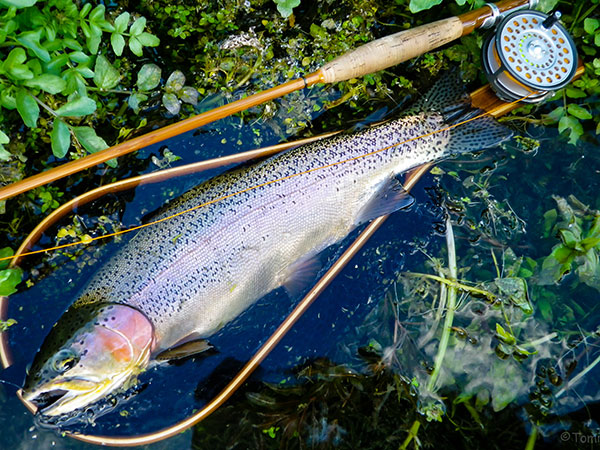 Yellow Breeches Creek is one of the Cumberland Valley’s famous limestone trout streams. It originates in Michaux State Forest in a series of three tiny brooks draining from South Mountain just south of Walnut Bottom, runs generally west to east some fifty miles emptying into the Susquehanna River at New Cumberland, PA. It gains volume as it flows eastward fed by numerous tiny freestone streams. Many of these small tributaries hold populations of miniature brook trout and most years sink into the great sponge that is the Cumberland Valley as they leave their mountain hollows. Yes, they are Waters of the US whether they are flowing or not. Those little streams are important contributors to the aquifer in the upper third of the watershed, their waters resurfacing from deep limestone formations as springs. These springs keep the Breeches cool and enrich its waters which host good insect and fish populations. Limestone springs enter the Breeches from both south and north sides and oddly the source of some is possibly a very long distance away. The Boiling Springs are an example and currently are thought to originate from an area near Spring Grove, PA, many miles to the southeast. The fish community of the Breeches includes assorted minnows like Black Nosed Dace, Redfins, assorted sculpin types, creek chubs, the very game fallfish, and of course, trout, both wild and stocked.

Though its headwaters are pretty rural, the Breeches gains civilization as it flows to the Susquehanna. From the small hamlet of Huntsdale, where one of the largest springs and coincidentally, one of the largest Fish and Boat Commission hatcheries in Pennsylvania is located, houses, summer cottages, public parks, small villages and finally, larger towns line the course of the stream. Most have some amount of riparian buffer between them and the stream and do not materially affect the stream or its ambience. Quite spring creek-like in its very upper reaches, the Breeches is mostly a tree-lined, low gradient valley stream with lots of loops and meanders characterized by a pleasant mix of slow, flat stretches and gentle riffles flowing over a stream bottom consisting mostly of small gravel and sand with larger rocks and stones in the riffled stretches. It crosses limestone bedrock ledges periodically which usually run right across the stream course. The largest of its freestone tributaries, Mountain Creek, enters the Breeches from the south side approximately a mile east of PA Rt. 34, greatly increasing flows; the very large springs at Boiling Springs enter the Breeches from the north side at Boiling Springs. Fishing at Boiling Springs and a short mile downstream is under Catch and Release regulations and is very popular with fly fishers. Some sections of the Breeches are well off the road requiring a little bit of a walk up or downstream to access and some are easy in-easy out in a fairly civilized environment. There is something for just about everyone on this stream.

The Yellow Breeches is one of the most popular trout streams in Pennsylvania and is heavily stocked throughout its length by the Pennsylvania Fish and Boat Commission, Yellow Breeches Anglers and Conservation Association, and Mechanicsburg Sportsmen Association. It also holds fair to good numbers of wild trout, mostly browns, with generally more dense populations in the reaches upstream of US Rt. 15 and the possibility of a larger specimen anywhere in the stream. Insect populations are fair to good with a progression of mayfly hatches such as Hendricksons, Grey Fox, Sulphurs, several varieties of blue wing olives, some big “drake” type flies (but not THE Green Drake), Light Cahills, and the famous White Fly in August. Caddis flies, including Grannoms, various tan, dun, and black varieties, crane flies and other midges are also abundant. As a limestone stream, anglers should not discount the presence of scuds and cress bugs in some stretches. Terrestrial patterns are popular during any of the warmer months. Imitating the previously mentioned bait fish populations is also worthwhile.

Though most of the Yellow Breeches is private property access is generally good along the length of the stream. There are a few posted areas notably upstream of North Dickinson School Rd. and upstream of PA Rt. 34. It can be confusing to a stranger at times however parking areas are fairly obvious. Most landowners don’t mind anglers who behave fishing through their property. Do keep in mind that the Yellow Breeches has not been declared a navigable stream; until it is the landowner also owns the stream bottom and can post it against public access. It is strongly suggested that before or after fishing anglers take a moment to pick up any trash left by others around parking areas. It is usually the last person to leave that gets blamed for whatever is left behind!

The Yellow Breeches, like so many trout streams, is not without its issues. Hundreds of years of building dams ranging from small rock structures to run local grain mill operations to considerably larger log and crib dams which powered much larger mill operations have left some sections of the creek very much damaged. Fortunately, most but not all of the larger dams have been removed; remediation and habitat projects including work by CVTU members, continues. Many of the smaller rock dams still exist and continue to divert flows into old mill races which are not good for the health of the main stream. The Breeches also suffers greatly from storm run-off and general bank erosion. A great deal of that erosion has been caused by residential or commercial development where landowners/developers have removed much of the riparian vegetation merely so that they could see the stream. There are a few reaches where direct access to the stream by cattle continues to be a problem, further degrading stream banks and bottom. Water quality is generally good but is periodically affected by both agricultural and residential issues. Consider that a great many of the fore-mentioned homes/cottages are not on public sewer/water but run on septic or sand mound systems. Effluent from the big hatchery at Huntsdale has been a serious issue in the past but trout production was reduced several years ago and a state-of-the-art water treatment system put in place. The upper Breeches has benefited greatly from those measures.

Yellow Breeches Creek is the primary trout stream of the Cumberland Valley. It offers intimate small stream atmosphere in some reaches and a solid hint of bigger water in others. Its mix of stocked and wild trout makes some folks happy and some not so much. Still, is a pretty stream, a Pennsylvania Scenic River, drawing anglers utilizing a variety of techniques from far and wide.