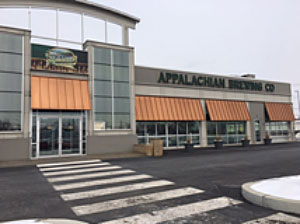 We want to see you at our chapter meeting on January 16th at our new meeting venue – the Appalachian Brewing Company, 6462 Carlisle Pike, Mechanicsburg.  Come early for dinner and social time, or arrive by 7:00 PM for the meeting.  Our speaker fore this meeting is Captain Gary Dubiel talking about redfish.

Capt. Gary Dubiel, owner of Spec Fever Guide Service, has been running inshore, nearshore and coastal river charters for 18 seasons.  He is a lifelong fly fisherman but also a passionate light tackle angler.

Gary pioneered the popping cork craze for NC trophy red drum, turning what was a night time bait fishery into a day time artificial lure fishery.  Progressing that one step further, Gary invented the Pop-N-Fly rig and revolutionized fly fishing for these giant reds. The Pop N Fly is produced by the Flymen Fishing Company and Capt. Gary has written an accompanying book, “Dubiel’s Pop-N-Fly”.  Capt. Gary has written and lectured on both light tackle and fly fishing and he has appeared on local, national and international angling shows.  He is a frequent speaker at both local, national and international fishing shows. He has also been featured in many major sports fishing magazines and in a number of books. He is an IGFA Fly Rod World Record holder and a fly designer. Gary’s angling adventures have taken him across North American, the Caribbean and to Europe.